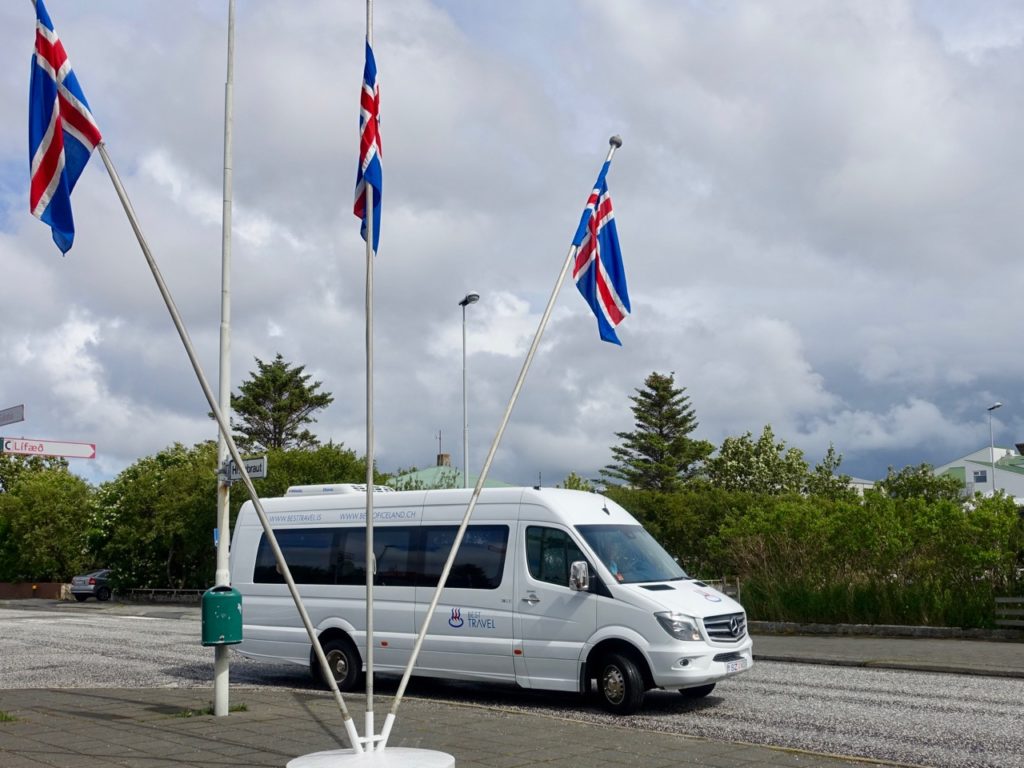 The 17th of June Iceland is annually celebrating the national day. Iceland became indepent from Denmark 1944 and the 17th of June is the birthday of Jon Sigurdsson who fought for autonomy in the 19th century. There are festivities all over the country and it’s some kind of family day with lot of activities. In Reykjavik is a ceremony downtown in the morning followed by a an address by the Prime Minister. The President of Iceland lays down a wreath at the statue of Jon Sigurdsson in Austurvöllur and “Fjallkonan” (the woman of the mountains) is reading a poem. Attending people are asked to to be dressed in traditional Icelandic attire. Choirs are singing traditional songs and of course the national hymne Lofsöngur. In the afternoon it’s time to have fun in sports, games, dancing, with music, theatres and food is served outside on the streets. Best Travel brings exactly that day the first guests of the summer tours to town. Let’s see what they will find in town before leaving for the big countryside adventure. Happy National Day Iceland.