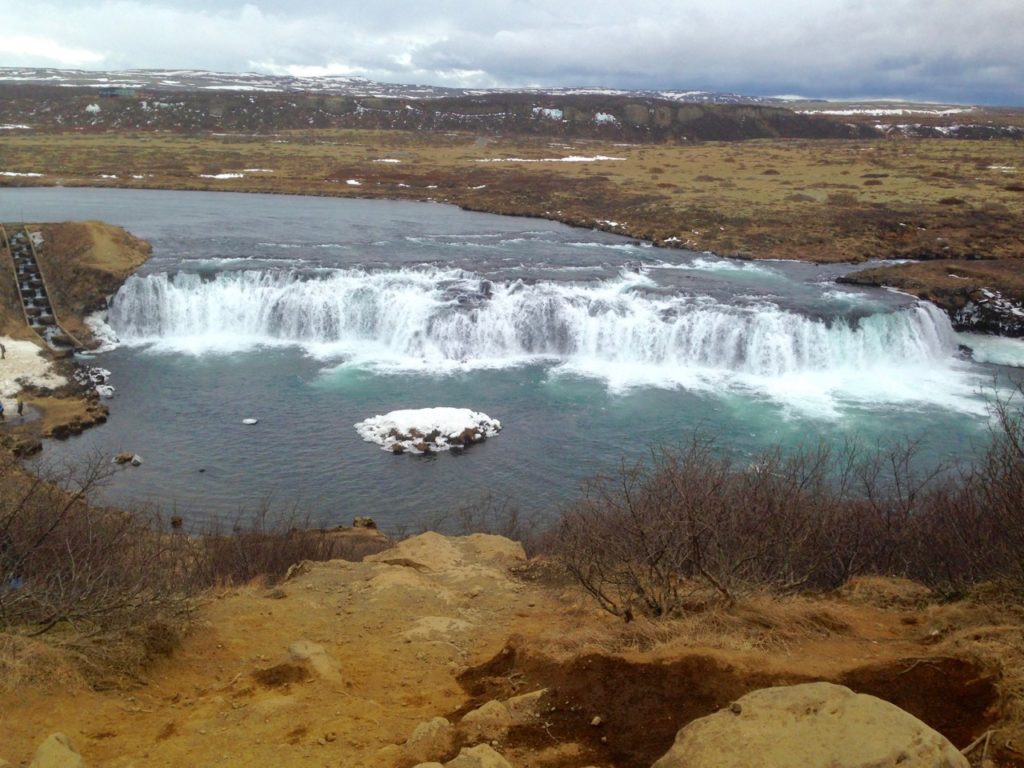 The new tour started today around the Golden Circle. We took a short stop at Faxi waterfall beside road 35. It’s a small waterfall but the place looks really nice even there isn’t hardly any snow the moment. The light offered a nice view to the manmade salmon leap. No salmons are jumping up there as yet but in June they will start to swim up to the place where they were born. Sometimes they swim many kilometers against the stream but when arriving at the waterfall they wouldn’t have any chance to go further. Fortunately there was built a salmon leap and they can jump from one step to the next to reach the higher level. Nevertheless it’s a hard work for the fish and it’s to admire for the power it shows to reach the final destination where the salmon lays the eggs. You ever tasted Icelandic salmon? If not you should do it and we know where you get the best! 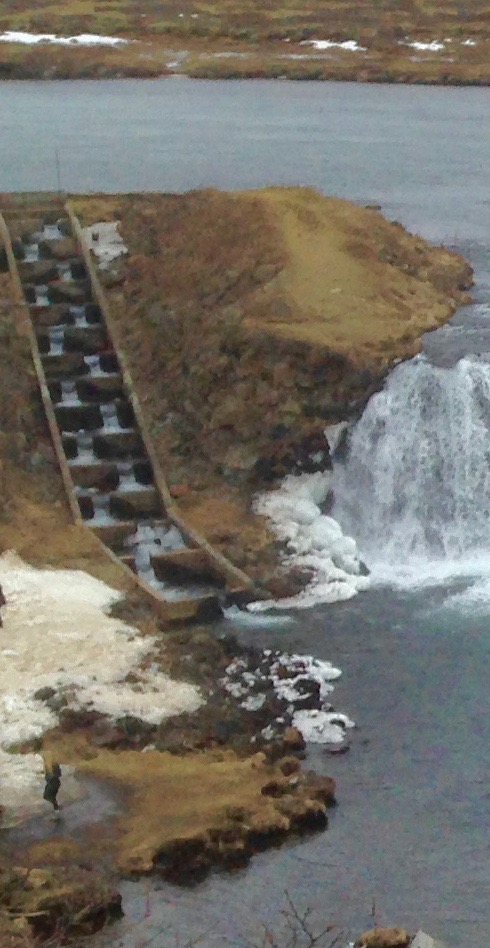